Who is Ben Gravy and why is he testing surfboards?

Ben Gravy is a well known surfer and social media personality. With more than a hundred thousand YouTube and Instagram followers each, he has become a fan favorite. His main claim to fame is surfing novelty waves in bizarre locations in each of the 50 states. As well as being one of the best foam board surfers out there. He spends most of his time on soft tops these days, filming daily vlogs around the world for his audience. So we figured he would be happy to receive a surprise delivery of three SOLID Surfboards while he was at home in New Jersey for a swell between trips. Photographer and videographer Sean “Santi” Santiago linked up wit him to drop the boards and make the most of leftovers from a fall season swell. He documented the process in his daily YouTube vlog.

Picking up “the Bento Box” surfboard

Ben immediately went for “the Bento Box” board. He told his audience that he could do a whole episode about this board and its unique shape. Ben likes that it’s “wide as fuck.” It has been a while since he stepped off a foam board. But, Ben found his feet right away and had a ton of fun on the little shore break they surfed. He told the camera he might go back for “the Throwback” fish if he wasn’t feeling right on “the Bento Box” but wound up staying on it the whole session.

We also set him up with “the Throwback,” a retro quad or twin fin fish and “the Sasquash,” a user friendly high performance shortboard. He signed off the video saying he’d be back to test the other two boards and let us know what he thinks. We love watching Ben’s adventures and are excited to see what he can whip out on the new boards. 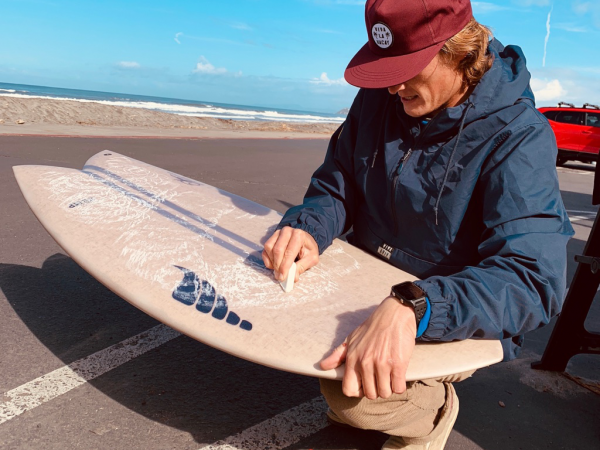 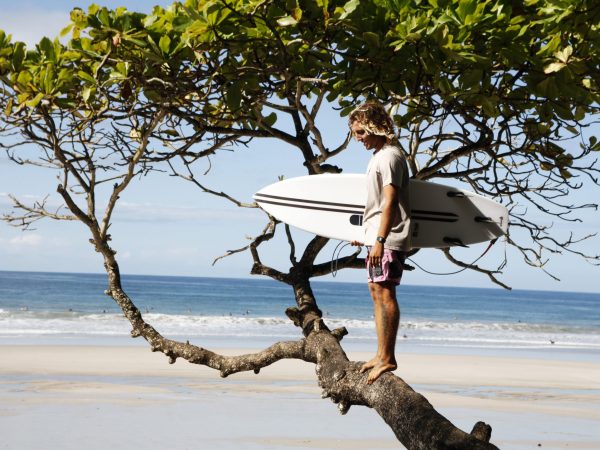